Wow! Time flies whether you’re having fun or not, eh? This has been some month.

I’m still reeling from the energy! All of that retrograde kinda took me off guard but I’m cool. School’s almost over. Amir’s 5th Grade year is coming to a cl0se and I am so ready  to sleep in. All I want to do for the first few weeks is sleep past 6am.

Tonight is my second time live painting at Art Attack and I’m already stoked! I’ve been in a tizzy for the past couple of days. Priming, prepping and painting is all I’m about right now. Yay!

It’s also my friend Jade’s farewell show. I just got used to having her here again and she’s off! Well, that’s the life of a nomad. I’m happy that we’ll see each other tonight before her and her wife head to lands that are less hot. I love you, Jade and Brooke!

So, I’m off to doodle with paint and talk to people, two of my favorite things. It’s a Super Saturday Paint Day! Art Attack here I come!

I went to the teacher job fair this morning.  It was as convoluted and crazy as I remember. I had some good interviews though…but I didn’t get the golden ticket into the hired area. I did however have enough time to go have my business cards made for tomorrow’s art show. That’s good. I’m all about focusing on the good at this point in my life…but not walking out with a job did sting a little.

To be honest though, most people who showed up today didn’t walk out with jobs. So many of the posted positions were for ‘anticipated’ openings. I interpret that to mean the positions aren’t really ‘openings’ as much as they are threats to current teachers to get their stuff together. Although, one of the schools that interviewed me seems pretty certain they’ll be calling me back in a few days. It’s not that I want someone else to lose their job. I want the job and if they’re not prepared to keep it, I’m prepared to step in. Is that wrong?

Well, I ended up talking to my former lover from college some more today. We laughed.  It’s good to talk about old times and get new perspectives of me. They way I remember feeling is apparently not how people remember me…which is good. Apparently I was akin to Freddy from A Different World. She’s my favorite character from that show so…Awesome!

We talked about the sexuality spectrum. He is a scientist. I am a hippie mom. Let’s just say that the conversation was long and entertaining. I am enjoying his energy. What does that mean? Maybe I just like the attention. Lord knows I could use some right now. The lady bus has recently stopped coming down my street and it’s been a dry, white season with no one to talk to.

My mother just told me she’s been praying for me to stop dating women…lol. I was like, ” Ok…Mom.”

We’re laughing about it right now.

So today I ended up having  a conversation with  a guy I used to date in college. These trips down memory lane are always funny because I don’t always remember things. It’s one of the side effects of self medicating for several years. I accept this and know this about myself. Yet it’s always interesting to hear stories about myself that I don’t recall. Let’s call it Reagan Syndrome and move on.

For some reason, I’ve been doing something on my phone which causes it to send friend request to people. It’s a random thing. I think I’m just hitting the wrong key since the buttons are  made for people with Barbie fingers.  On the other hand, maybe it was Divinely Ordered that I have this particular conversation with this particular dude today.  Here’s what was revealed to me.

I had completely blocked out all memory of this man. I didn’t recognize his name or why’d we’d lost contact. It was like he had to walk me through our times together. We dated. He called it “a whirlwind romance”. He’d even met my mother.  He was a little miffed that I couldn’t remember any of this and told me that  I’d “turned him out and then dissed” him. As we continued to talk, I began to remember the story from my perspective. I remember being into him and being unsure as to whether he liked me or not. I also kinda remember thinking that he’d slept with my friend…which would’ve explained me going incommunicado.

As we talked, I began to feel the memories return. I remembered the feeling of hurt and disappointment I felt when everything went to shit. Then…I remembered that it was a long time ago and neither one of us could tell the story from the others perspective. So, now I’m smiling as I type this. Funny how life comes full circle, eh?

He asked me if I am lesbian or bisexual. I told him that I’m a lesbian who was born bi-sexual. Being a lesbian is a conscious choice I’ve made. It’s how I identify.

He also let me know that if I’m ever in town and want to try men again, to look him up. I get lines like that a lot. It makes me chuckle. I’m not sure that he understands that me having sex with him has nothing to do with me being bisexual or lesbian. I’d just be a lesbian who wanted to experience sex with a man. Kind of like a straight man who wants to experience sex with transexual person. It wouldn’t change who I am.

Well…it was an interesting moment. I learned that my blocking mechanism is strong and sturdy. Who knows what’s crammed inside these memory banks? It felt good to hear a man, someone I’d known in the biblical sense, say he’d had fond recollections of our time together. I remember that time as being difficult for me. My early twenties were a confusing melange of joy, depression, angst and moments of extremely low self esteem. I’m glad that I’m not remembered as a victim but as “Independent and Flaky”. That’s important. Can’t be seen as weak. lol.

I May Be A Character…But I’m Only A Part of The Cast, Honey..

I know some pretty interesting people. Been that way my whole life. My parents are pretty interesting, Dad’s an ex-Jehovah’s Witness turned Mormon and Mom once shot a part down the center of a dude’s hair. Believe what you will …but she pointed him out in the grocery store one day while we were visiting Halcyondale, the birthplace of our people. I saw the scar.

Grandma Ole (pronounced Oh-Lee) gave me a book when I was around five called “Where Did I Come From”. It made me popular with the kids in the neighborhood for a few weeks. Then my mom took it from me.

It had naked people having sex in it…but even in my young mind, the pictures weren’t sexy. 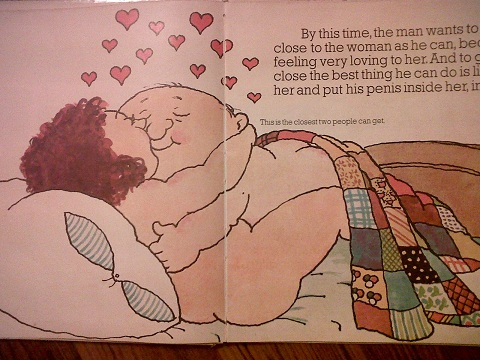 My grandmother also told me and my best friend , ” I know what marijuana smells like.” I almost blacked out with laughter. We thought we’d covered the smell with cigarette smoke.

My aunt, Dad’s sister, once told me that their other sister had been in an abusive relationship and came home one day all beat up. My Dad, the priest, his brothers and sisters gathered: guns, farm tools and split pieces of timber to go kill this guy…but my aunt, the one with the bruises, begged for his life. I’m glad she did or I probably wouldn’t be here.

Speaking of domestic violence, my sister put her ex-husband’s head through a wall…but she’s a really sweet lady. I didn’t like him. He looked like the Drak from Enemy Mine…with the personality of a pile of …crap.

My siblings and I are descendants of a people who enjoy a good laugh, make a mean spread and don’t take no mess. I love us.

So today is the day I give thanks for my family. All of us. From the Rooter to the Tooter.

To my children, I say…I got it honest. Don’t worry! Sometimes it skips a generation…but I’m glad it didn’t.

As roles reverse, I eat these words.
Le sigh…Karma.

She says that I’m not ready for what she has to offer. That I seem unconcerned with her wants and desire. Her feelings.

She says that I don’t seem interested in her thoughts or issues. She says I’m nonchalant.

She says that other women know what’s expected I don’t. She says I don’t care.

She says that she needs someone who makes her feel wanted. She says I’m an asshole.

I light my smoke. I don’t look at her even though I know she’s waiting.

My mind takes me to another place and I pretend to smile.

I walk over to the window and look out into the distance.

She’s boring holes into my back with her angry eyes.

I flick the ember into the night and turn to face her.

Calm Waters? Shirley…You Must Be Joking..